Steritube disinfects the air in your production. The risk of contamination by airborne moulds, spores and bacteria are reduced to a minimum.

IST METZ has been producing UV systems for curing inks, coatings and silicones for over 40 years. What many do not know: The emission of UV lamps also inactivates the DNA of harmful microorganisms. With the Steritube systems, which UV plant manufacturer IST Metz sells together with its partner and air disinfection specialist Virobuster, 99.9% of the microorganisms in the ambient air are killed using UVC technology.

Viruses and germs pose an increased risk, especially for older people and people with previous illnesses and weakened immune systems. Respond now and protect the groups at risk and the staff in your institution with immediate effect.

Especially in waiting rooms and doctors‘ surgeries, people with illnesses and weakened immune systems are present, so that indoor air polluted by viruses and germs can quickly become a serious danger. So react today to protect your patients effectively tomorrow with Steritube air disinfection.

In this way, classroom teaching and direct exchange between teachers and pupils and students can be made possible again in pandemic times. Respond now - and return to regular classes after the summer holidays with Steritube air disinfection.

Reduce the contamination risk in your facilty

From scientific literature it is known that the (corona) virus or any other airborne micro organism can infect through:

The amount of virusses emitted will initially be 100% droplet and changes into aersols and surface se­dimentation.

Over time the infection risk will also change from droplets to aersols and smear and due to natural inac­tivation like dehydration of the virus, after a few hours the total risk will also reduce. An increased RH% would prevent the droplets to become aerosols, but would also increase sedimentation.

How can we reduce the risk

Extra ventilation does cost extra energy and isn‘t always possible because most professional buildings do have a regulated HVAC system and even increasing the RH% is not that easy implemented.

A Virobuster Steribase 300 can do a six air change per hour in a 50m3 room, resulting of a deactivation of 90% of the initial airborne contaminants within 23 minutes.

That would mean a significant improvement of your office, conference room or in our example, a gym safety.

The increased amount of nosocomial infections, due to failed (air) hygiene ((Lidwell et Al), the increased threat of pandemics due to the intensified veterinary industry and globalization (Osterhaus et Al) and the increased microbiological resistant against antibiotics – forced medical staff and employees to think more on prevention instead of curation.

The importance of air - or in other words the possibility to transmit pathogenic materials by air, became more and more important on the agenda of the WHO.

The food industry is extremely creative, but new fundamental trends will shape its future by means of consumers demanding an absolute transparency, no compromise on health security, development of future clean labels and consumers are more educated and open for more natural food.

The importance of air quality in the food industry is often underestimated. A Steritube purifies the air in a production facility, freeing it from moulds, spores and bacteria. The air can no longer contaminate the products. 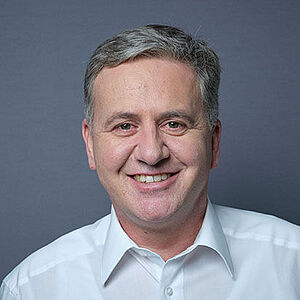