"We named our company "Rainbow Printing" to refer to the light spectrum, from which we will use the UV light to cure our printing inks in future", explains Managing Director Mr. Pierre Delferriere.
"Rainbow Printing" was founded in 1991 in Nivelles, near Brussels, expanding the activities of the already established semi-commercial printing plant "Imprimerie Delferriere" with UV curing technology.

"Imprimerie Delferriere" started as a family owned printing business in the 1930s. In 1983, the advertising newspaper, created by Mr. Delferriere and his father, had seen a significant increase in the number of pages. As a result the company invested in its first rotary offset machine. Since then, two more rotary offset presses have been acquired. All three machines, supplied by American manufacturer "Web Press Corporation", are single-width presses with a single circumference of 578 mm. This enables the company to print 8, 24 and 32 pages in tabloid and magazine format. Their main activity is the printing of semi-commercials, advertising and communal newspapers. Famous examples of their commercial customers are the Dutch retail group "Blokker" and "CASA" - a retailer for gifts, furniture and tableware. Production runs vary from 5 to 50.000 copies in the low-volume segment and from 50.000 to 1 Million copies in the high-volume segment (tabloid and magazine format). The presses are operating from Monday to Friday in a three-shift system.

"We have been contemplating the option of UV curing for some time, because we consider it an answer to the market's demand for quality" explains Mr. Delferriere the company move towards UV. Heatset dryers require too much room and demand high initial investment. And Infrared dryers cannot deliver the desired performance. In addition, there is the disadvantage of having to invest in re-humidification and combustion. The environmentally-friendly use of UV presented itself as an attractive alternative to heatset drying, because no carbon-dioxides are emitted during the curing process. In order to evaluate the feasibility and assess advantages of UV curing technology, we travelled to South and North America, where the use of UV on single-width presses has been common practice for some time.

After review of our findings we drew up an investment plan for a new printing press, which would accommodate our customers growing demand for a high quality end product. With the new two-tower 4HI Global Web Systems machine (type G145 Platinum), which was installed at the end of May in the new 1700 m2 building adjacent to the existing premises, Mr Delferriere hopes to tap new opportunities and open up new markets. The aim is to successfully enter niche markets within the conventional Heatset market. With a maximum paper width of 880 mm and a cut-off of 630 mm, the first step of the installation will make it possible to produce 32 pages A4 or 64 pages A5 using the integrated plow folder. The second step of the installation, scheduled for 2009, is to extend the two 4HI towers, which will allow production of 64 pages in A4.

The OPI (Open pre-press interface) front-end system of "Imprimerie Delferriere" with the extension of two plate-setters from Fuji and Escher-Grad, will deliver the required plates. The only addition in the print room is an oven to bake the plates before usage. No major changes in the existing work-flow concept were necessary, except for the creation of new colour profiles adjusted to the different dot gain of approximately 5%.

Both towers are equipped with IST METZ UV-Technology. The IST BLK-3 UV system achieves high production speeds at low energy costs. The units are equipped with FLC (Fast Lamp Change) and URS reflector technology. The installation was done "2 over 2" on top of the towers to avoid contact and the necessity to change web direction. The complete installation comprises 8 UV lamps with a power of 160 kW each. "The choice for IST was based on my firm conviction, that there is no other UV supplier who would be able to offer a system that combines the greatest possible efficiency of dryers with a very high UV output. Another reason for my decision was IST's capability to respond quickly to our service and maintenance requests". The units are water-cooled, which ensures that the air-conditioning is not affected. The BLK-3 system is equipped with ELC (Electronic Lamp Control), which is installed in the switch cabinet close to the press. The ELC power supply unit assures highly efficient energy consumption during running of the press and in stand-by mode. Energy output is controlled and recorded consistently, which allows assessment of every print job.

This new press at our Nivelles plant is currently attracting attention from all over the Coldset industry. Several studies have been undertaken on the implementation of UV technology on single-width and double-width coldset presses in the newspaper industry and the findings are waiting to be put into practice. The Nivelles press installation represents an important milestone in the quest for a wider use of UV technology within the printing industry. 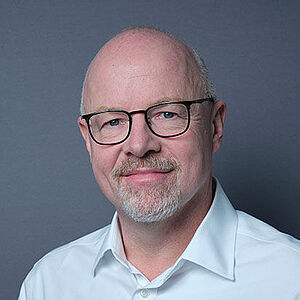